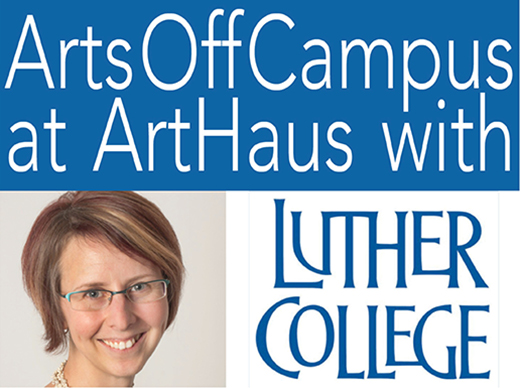 Come to listen and learn with dynamic and thought-provoking conversations where Luther College Humanities faculty share their research and ideas with the community in the cozy setting of ArtHaus.

Dr. Moore joined the Luther College Philosophy department in 2010 and teaches courses in Ancient Philosophy, Logic, and 19th & 20th Century Philosophy, as well as courses in the Women & Gender Studies program, such as Feminist Philosophy and Queer Theory. She specializes in Plato’s approach to philosophy, particularly the way his reasoning interacts with the ethical and psychological aspects of dialogue.

Dr. Moore’s topic for the night is “The ‘Old Quarrel’ between Philosophy and Poetry”

When Plato wrote The Republic in the early 4th century BCE, there was already a longstanding antagonism between the arts and philosophy–a struggle over who has the power to shape what we believe to be true about ourselves and our world. Drawing on Plato’s depiction of this debate, Prof. Moore will discuss the way this ”quarrel” shapes contemporary discourse in what’s been dubbed the ‘post-truth’ era.